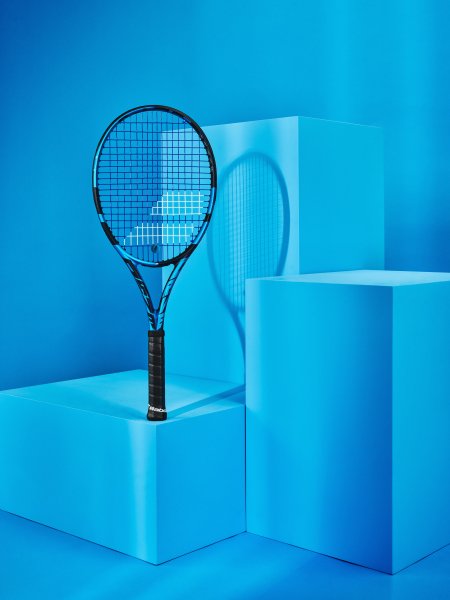 The 10th edition of Babolat’s Pure Drive is out on 24 September, bringing new explosivity to the power that players of all levels have come to expect of Babolat’s original and best-selling racket. 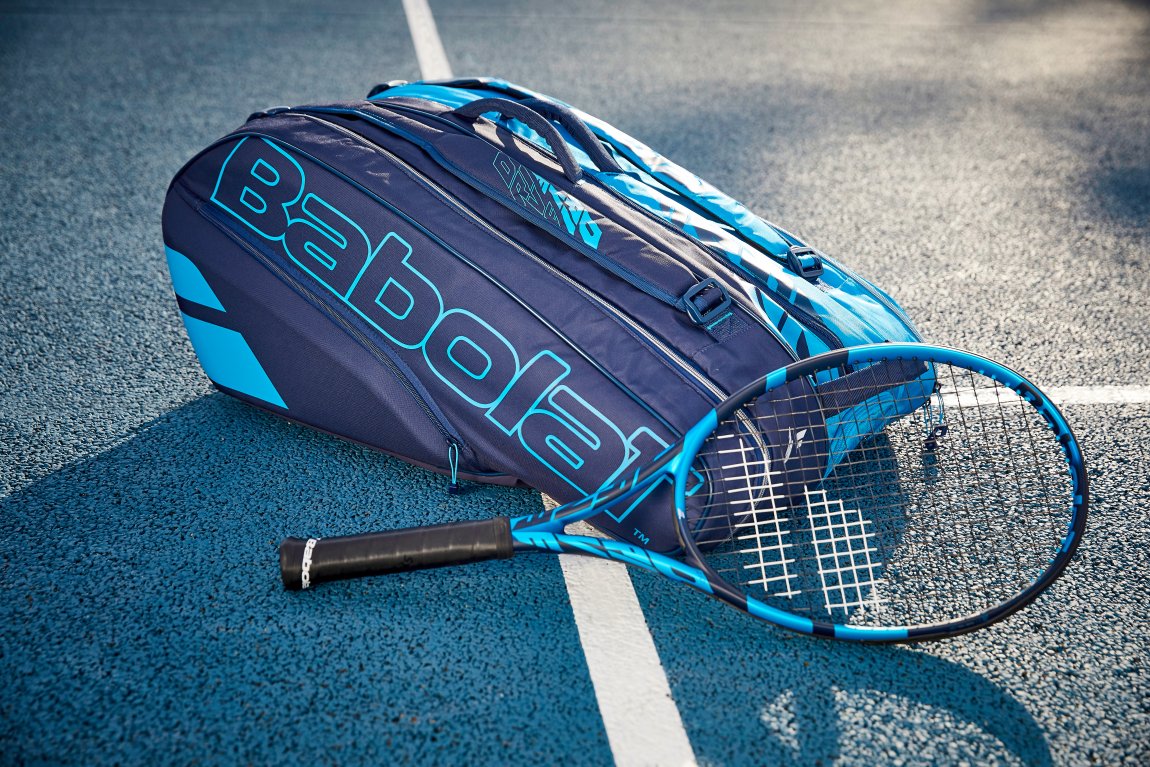 As befits the evolution of a racket launched in 1994, the core elements that players have come to associate with the Pure Drive are all there, but technological advances have allowed Babolat to make perceptible improvements, and the new Pure Drive adds a flash of lightning while keeping all the power of the blue Babolat racket.

Babolat has rackets for three primary requirements: power, spin and control. The yellow Pure Aero (which Rafael Nadal uses) is the racket for spin, the white and red Pure Strike (Dominic Thiem) is for control, while the blue-themed Pure Drive is for the player looking for power. It was the racket which Kim Clijsters used it to win her four Grand Slam singles titles (including becoming the first mother since 1980 to win a major), and today the Pure Drive is the racket of choice for Fabio Fognini, Garbiñe Muguruza, Sofia Kenin and many others.

But the Pure Drive doesn’t just offer power – it’s power with versatility. And power is used in different ways, as a comparison of two Pure Drive top-ten professionals shows.

Karolina Pliskova, one of the best ball-strikers in women’s tennis, likes to set herself up with dominating groundstrokes and then wants a bit of extra fizz when she goes for the winner. By contrast, Fabio Fognini’s game is based on counter-punching, but he needs to know there is explosive power available when he gets a softer or shorter ball that allows him to tee off and turn defence into attack.

The new Pure Drive has greater stability in the frame. This gives a higher energy return, which in turn offers explosivity even when a player doesn’t catch the ball right in the middle of the stringbed. It’s like knowing a car will respond when you suddenly put your foot on the gas pedal. Or a footballer has the pace to suddenly run past a defender and go for goal.

Power denotes the energy required to hit the ball deep in the court. Explosivity comes from the increased speed with which the ball leaves the strings. Babolat’s work on securing greater stability of the new Pure Drive frame means a sudden explosion of pace off the racket is a lot easier for players to achieve, which in turn allows them to hit winners their opponents don’t see coming.

It’s hard to describe in simple terms just how the advances come about. Modern racket manufacture is a highly specialised scientific process, often making use of discoveries from the aerospace industry, and Babolat’s approach is evolution, not revolution. As such, the new Pure Drive keeps all the benefits of the 2018 model but brings some nice improvements everyone can feel.

The explosivity that comes from the added stability of the frame is one improvement. Another is the addition of ‘Smacwrap’ technology to enhance the feel. This is a kind of viscoelastic material integrated within the carbon layers at specific areas that acts as a vibration filtration factor without impairing the frame’s mechanical properties. 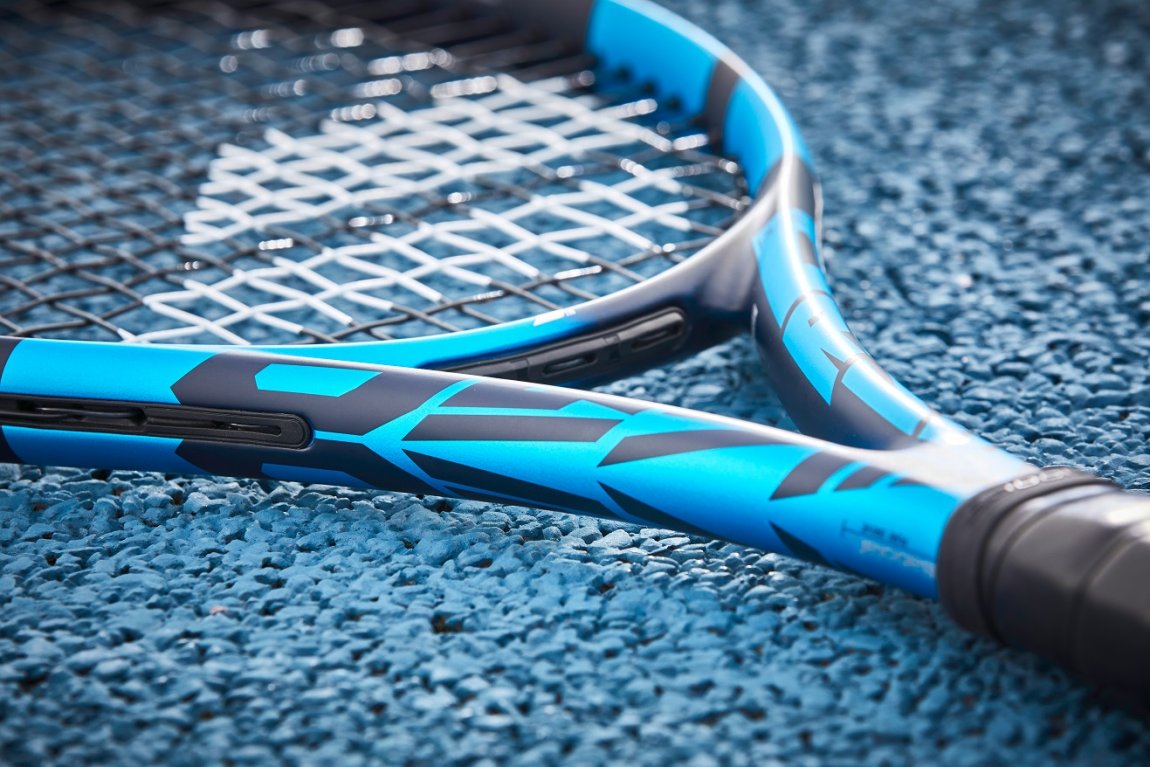 It allows the vibrations caused by the ball hitting the strings to be filtered, so the player feels those that contribute to the sense of a good ball contact, while the potentially harmful vibrations that can lead to problems with the arm’s tendons are minimised. The result is a better feel of ball on strings, and the satisfaction of a shot well struck.

The new Pure Drive’s inspiring design features a striking photo of a fork of lightning. Not only does it encapsulate the Pure Drive’s deep blue colour scheme, but it is a metaphor for the explosive power – instantaneous and unpredictable – that the new Pure Drive offers players of all levels. The two-tone blue is both warm and striking, making the racket aesthetically pleasing to look at as well as highly effective.

The new Pure Drive will come in 12 different models to fit all levels and ages of player, from competition professionals to club and junior players. The Pure Drive and the junior models will be available from 24 September, while the other models and the Pure Drive collection will be on sale from January 2021.

The Pure Drive was Babolat’s first racket in 1994, even though the company’s strings are as old as tennis itself. Success was instantaneous – Carlos Moya picked up one of the very first Pure Drives, loved the way it allowed him to hit great power off very short backswings, and within four years he was a Grand Slam champion with it.

The new Pure Drive is the 10th incarnation of the original racket. The racket’s DNA has stayed the same, and anyone who has played with a Pure Drive in the past 26 years will recognise the basic features in the new model. But the improvements have been continuous and this new release adds explosivity to power.

Much as Babolat talks about the Pure Drive as the power racket in the company’s range, it is effectively the all-rounder. Its light weight makes it very manoeuvrable, and some players opt for it more for the feel it offers on the volley than for its power from the back of the court.

Not surprisingly, the Pure Drive is a world’s best-selling racket, the racket of choice endorsed by many top pros and coaches, as well as juniors and club players. The last improvements will allow players at all levels to know they are making use of state-of-the-art technology, and the explosivity that is a feature of the new Pure Drive will allow for unpredictable winners.

Power for All, as the Pure Drive story embarks on its latest exciting chapter!